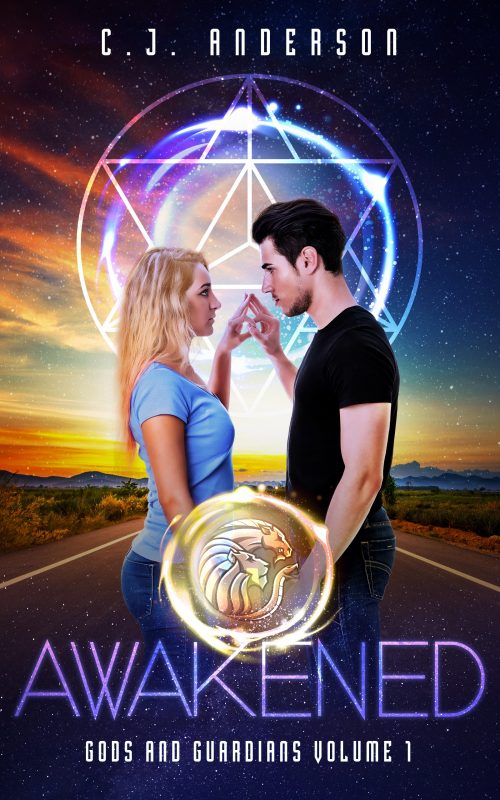 Seventeen-year-old Dru Sanjay's family is part of an organization with operatives secretly placed around the globe to protect the planet from extraterrestrials. Moving is just part of the job. But this time it's different. To help Dru get control of his ability to shift, they have ended up in the middle of nowhere, U.S.A. and Dru hates it there with a passion!

Until he sees her.

Read Now
About the Book

Seventeen-year-old Dru Sanjay’s family is part of an organization with operatives secretly placed around the globe to protect the planet from extraterrestrials. Moving is just part of the job. But this time it’s different. To help Dru get control of his ability to shift, they have ended up in the middle of nowhere, U.S.A. and Dru hates it there with a passion!

Until he sees her.

He takes one look at her and feels a jolt of recognition. He can’t explain it, but he feels like she has always been and will always be his. The attraction is instant and primal. But getting close to her could put her in danger. Is he willing to take that chance?

Nothing extraordinary ever happens in Alayna West’s sucky, predictable life. So, when she heads out to the first day of her senior year, she hardly expects to be approached by the hottest guy she’s ever seen, much less feel drawn to him, like an imaginary cord is pulling them together.

Meeting Dru has already turned her boring life upside-down, but when they are attacked by a mythical creature in the woods, Alayna learns that reality is truly stranger than fiction. Dru uses superpowers to fight the creature and things get even crazier when Alayna saves Dru’s life with awakening powers of her own. Suddenly, the world around her makes no sense. Torn between her predictable life and the strange new possibilities, Alayna realizes that she must discover the truth about herself before she is ready to follow her heart.

Just when Alayna thinks she’s finally making sense out of the world, a dead body shows up and the police connect it back to Dru. Alayna finds herself questioning everything she has ever believed in again. But, to save herself and those she cares about, she must find the courage to do something that she would never have expected herself capable of doing.
In the end, will the invisible thread that binds Dru and Alayna tear them apart – or will it become their salvation?

This is a Young Adult, Science Fiction / Fantasy book with teen romance, adult language, and mild violence. It is most suitable for readers ages 16+.

Endorsements
2017 Award Winner, BEST IN SCIFI - Ozark Indie Book-fest
"Perfect for Twilight fans who want something new, fresh, and unique! To be clear, this is not Twilight fan-fic, and it's not a Twilight rip off. However, I do think Twilight fans looking for something NEW and DIFFERENT to read would enjoy this for the genre points it does just as well. A man with secrets. A man with magical abilities. A girl with powers of her own. Two STRONG characters with chemistry that SPARKS on the pages! The best part of this story for me was the sci-fi twist! But...I don't want to post any spoilers. Just to say, this is the book you've been looking for." - Amazon Top 500 Reviewer
Look Inside
Warning: SimpleXMLElement::__construct(): Entity: line 1: parser error : Space required after the Public Identifier in /homepages/33/d162530357/htdocs/casey/writer/wp-content/plugins/mybooktable-pro2/includes/professional2/professional2.php on line 413